skip to main | skip to sidebar

ANTIQUES OF THE FUTURE

Introducing Aesa's 2011 collection, Hesperides. Named after the mythical island of Hesperides where nymphs guarded a garden of infinite possibilities. In ancient Greek mythology, Gods and Goddesses would visit the island before they had to preform a new feat, to be bestowed by the nymphs with new powers to help them with their task. 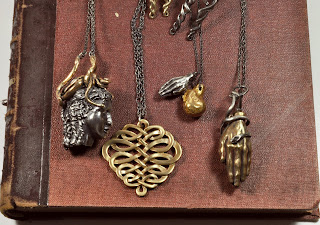 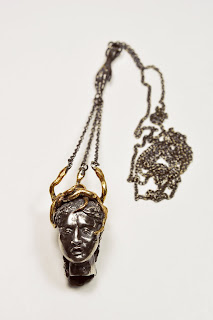 Greek mythology is filled with stories of tragic fate and mortals receiving the wrath of the gods. Similar are the stories behind Medusa, one of the most recognized mythological beings. She was said to have originally been the most beautiful woman of ancient Greece whose crowning glory was her long magnificent locks of golden hair. One day while the beautiful virgin was worshiping at the temple of Athena, Poseidon found her and ravished her. Athena, already jealous of Medusa's beauty, was outraged that her sacred temple was violated. She punished Medusa by turning her beautiful hair into slithering snakes and made her into an ugly monster that could turn men to stone with one look. Medusa became famed as the creature that, if killed, would denote the murderer a hero. Many attempts and stone corpses lay in ruins where she lived. Finally, after visiting Hersperides, Perseus went to Medusa and killed her in her sleep by cutting off her head.

A little personal behind the music. My boyfriend John used to be really into greek mythology (talk about sexual). Here's a pic of him when he was about 20 years old.. you can see his medusa tattoo. Unfortunately, it has been covered since then. He might make me delete this very very soon. 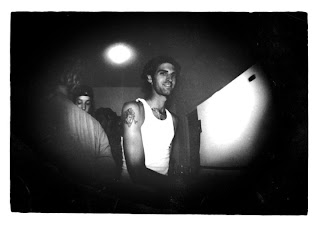 I love Greek Mythology. I've always been fascinated with the lore and tales of the Ancient times, the culture and art and especially the fashion were always interesting to me... So of course I love those fabulous articles of jewelry! Quite beautiful <3

ancient greece is so sublime. absolutely love this,
it's a timeless classic.

was really looking forward to the Pamela Love collection you said would be up today. Will it be up by the weekend, I want to purchase a ring for a Christmas present. Thanks!

The day is not over Cindy! It will all be up by this evening.

oh my god! What happened to the clover web bracelet? The one that rumi wears all the time on her blog. I NEEEEEEED to get it for xmas! Please Help! Does clover has a website?

So, I was going to purchase a few of the single link Clover bracelets and now those are gone too! Are you getting more in stock or do they have a site?
Thanks.

The more early Mugs photos on here the better. I'll buy a necklace for every vintage John photo.
haha